Why Protect The Reedy?

"The quality of the Reedy River must be improved and protected, paying special attention to runoff and flooding issues." 2002 Reedy River Master Plan

The Reedy River contributes to the social and economic vitality of the Upstate.

Why do we need to worry about the Reedy River?

Jeff Beacham of Greenfields Consortium: “The Reedy River in Greenville is similar to other rivers in urban settings, characterized by impaired water quality, eroded banks, and compromised riparian [riverside] conditions. Urbanization has resulted in significant runoff from the impervious [non-porous] surfaces of roads, buildings, and parking lots. The historic riparian forest along the Reedy River has been converted to commercial, institutional and residential developments consisting of paved areas, lawns, and clearings, with the exception of relatively small vegetated areas and greenways along some sections of the river. These ecological changes have contributed to the degradation of the health and condition of the river and its riparian environment. Water quality is impaired by pollutants that are rapidly transported with runoff to the river; channel stability is adversely affected by the increase in runoff flow and energy that has caused significant channel erosion and scouring. In areas of the city where a vegetated zone buffers the river, exotic invasive species have become dominant, overgrowing native vegetation and resulting in conditions with poor quality wildlife habitat and diminished recreational and aesthetic values for parkland and greenway amenities.“ 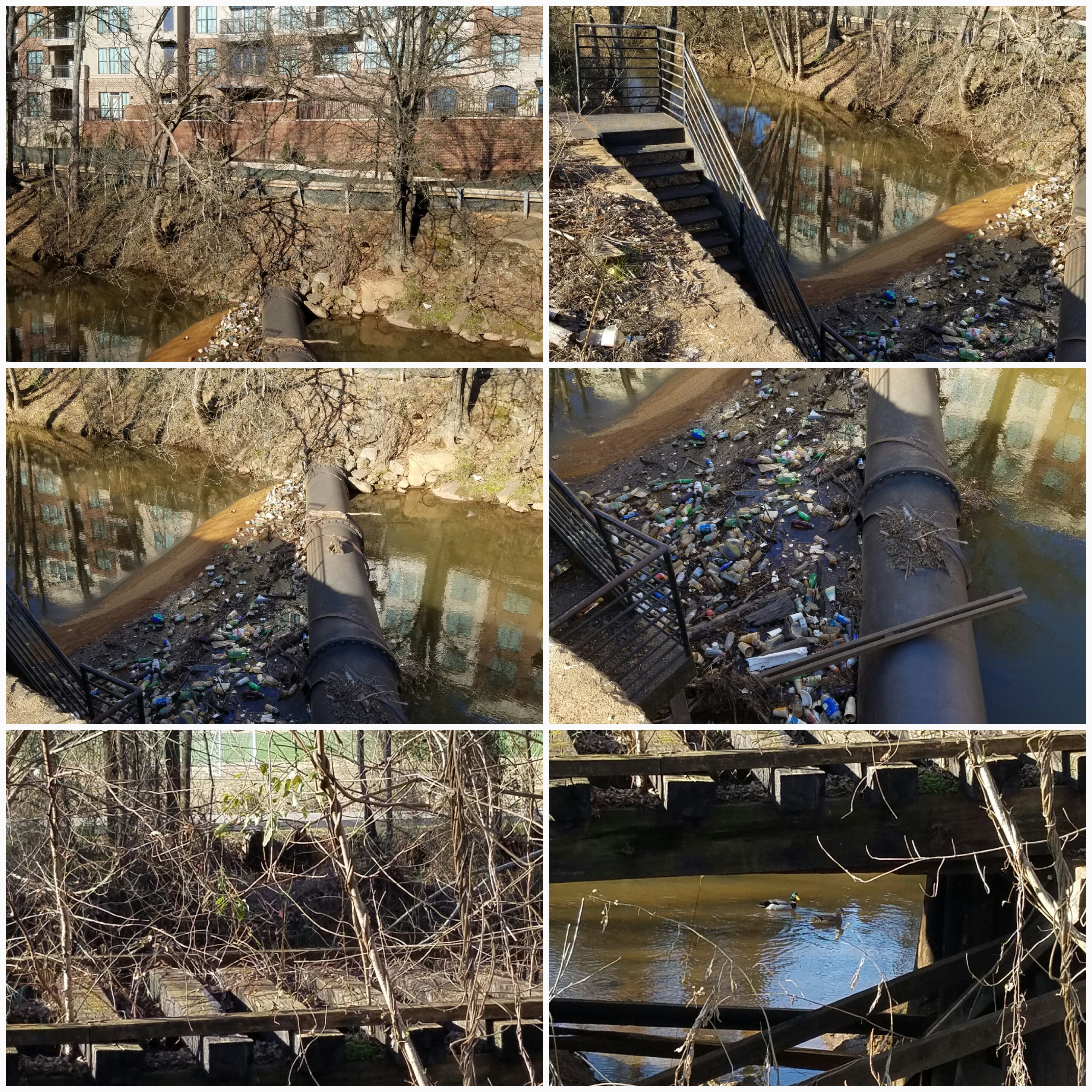